By Susan Salk on August 5, 2014
Reposted with permission from Off-Track Thoroughbreds 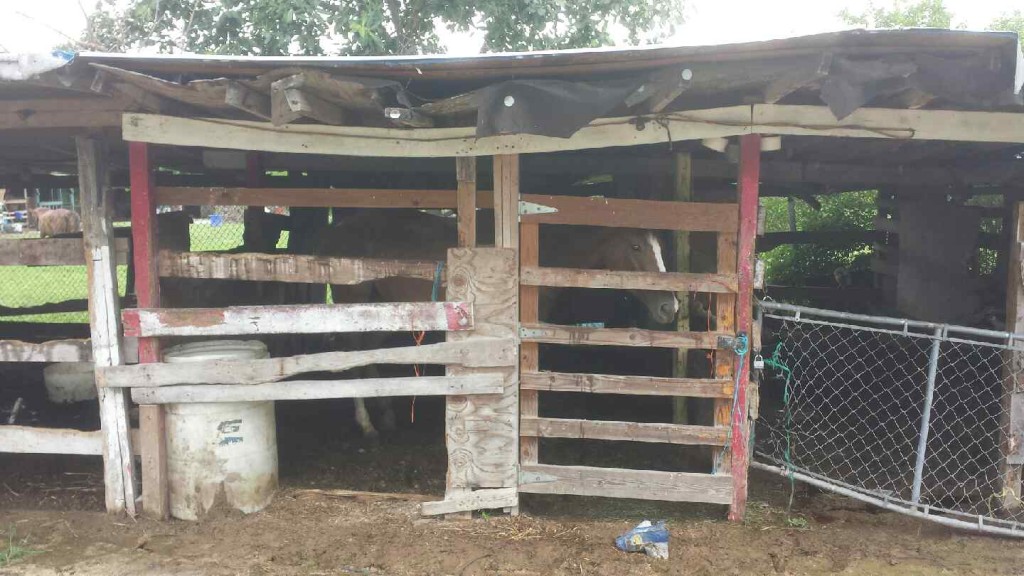 A horse peeks out from the low-slung stalling area where three Thoroughbreds were seized by police Sunday.

Three Florida Thoroughbreds, locked away for months in shanty stalls so confining they couldn’t lift their heads, were seized Sunday by Miami-Dade law enforcement.

“An active police investigation is ongoing,” she adds. “Police will locate the owner(s) of the animals to press charges and turn over the two malnourished and one severely emaciated horse to the SPCA,” she explains.

“We found out about the horses over the weekend when a Good Samaritan notified us. The horses were being kept in a little boarding area where people can bring their horses and pay $50/month for a stall,” Waggoner says. “I went to pick them up on Sunday … and the horses were all anxious to get out of their stalls. They’ve probably been locked in there for a couple of months.” 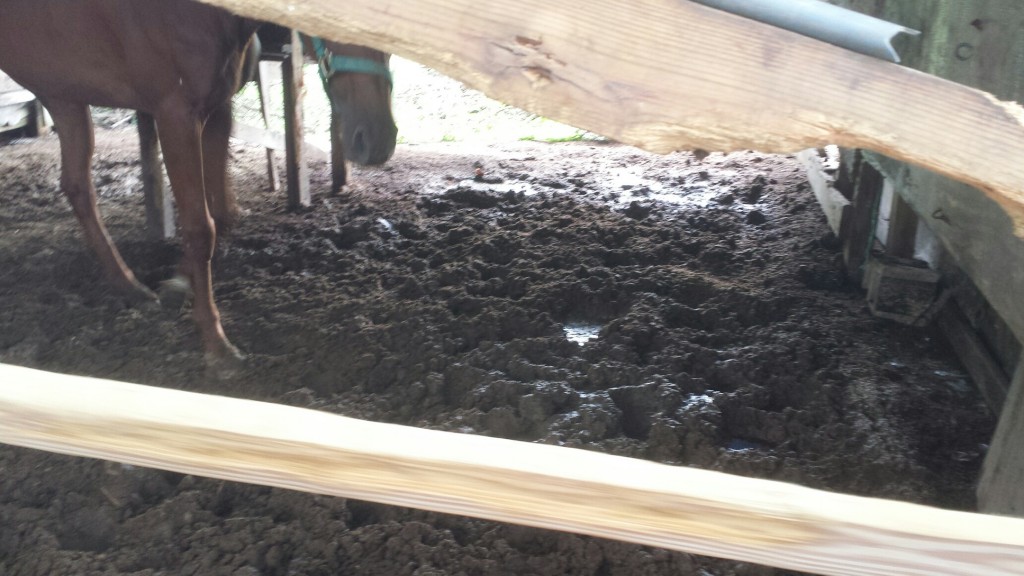 Hunkered low beneath the ceiling and standing deep in muck.

As if they knew that anyplace was better than there, they eagerly followed Waggoner to a waiting truck, trying to snatch mouthfuls of grass as they went. And they traveled well during the 45-minute trip to the SPCA facility, their addition bringing to 70 the total at the South Florida SPCA.Conditions were so horrific at the squalid shanty that Waggoner took pictures showing a six-foot-tall man having to stoop beneath a low-slung ceiling, and she also documented the filth on stall floors, so thick that there wasn’t a clean spot for a horse to lie down.

Though the horses had relatively clean water, they were clearly malnourished, especially the gray filly. 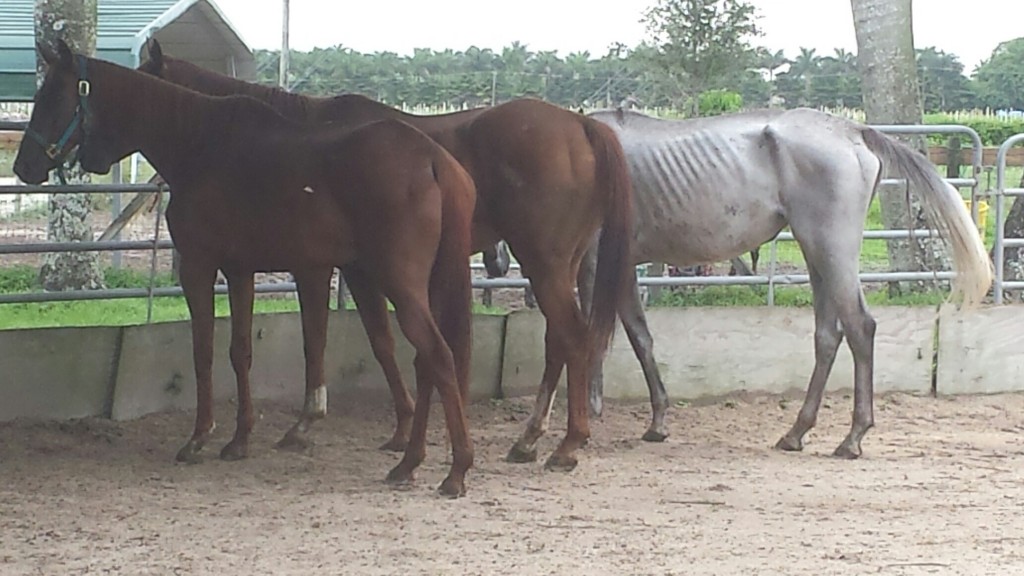 The three Thoroughbreds after arriving at the SPCA.

“She has a body score of 1 and is in the worst shape of all of them,” says Waggoner, noting that Bringcheckcharlie has such a bad case of thrush in his feet that the frogs are completely rotted out.

“It was just disgusting. It was atrocious. Nobody had cleaned the stalls in a long time and there were standing puddles of muck and urine,” she says. “I would love to be able to lock the people responsible in those stalls for 24 hours!”

Those wishing to donate to the South Florida SPCA on behalf of the three Thoroughbreds may do so by clicking this hyperlink. ♥