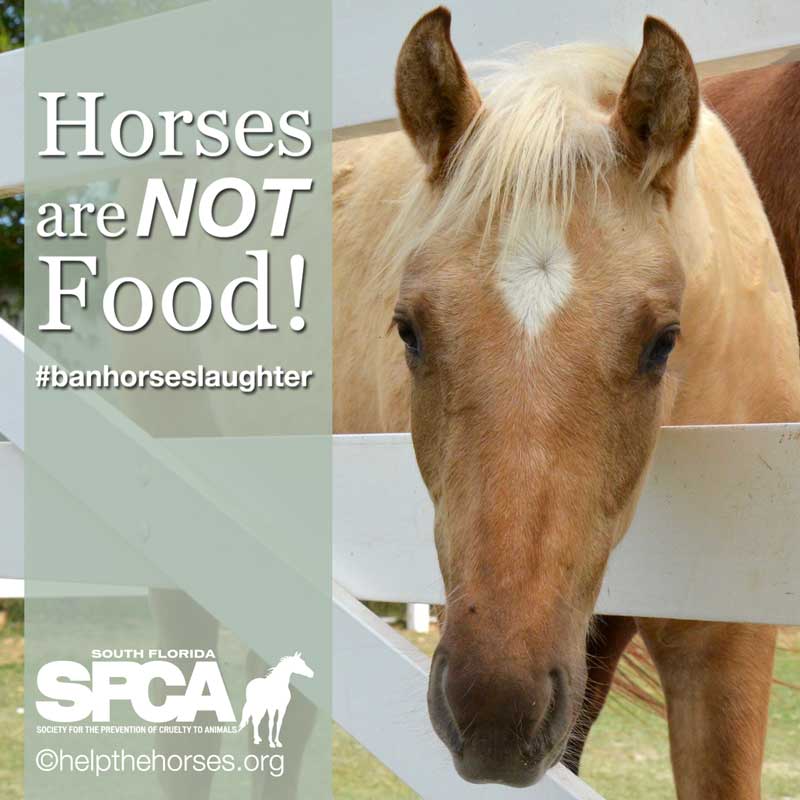 A crucial vote that will determine whether or not horse slaughter plants open in this country is coming on Tuesday, May 22, 2018. The U.S. Representatives listed below are the few members of Congress who vote on this amendment and they need to know that you want the grisly horse slaughter industry to stay out of the U.S.

“As your constituent, I’m calling today to urge Representative _________________ to vote YES on the amendment to the FY19 Appropriations Bill to continue the ban on horse slaughter plant inspections. Horse slaughter is inhumane, and as Americans we cannot allow this predatory industry to re-open in our communities. Thank you for your time.”

South Florida SPCA Horse Rescue’s board of directors sent a letter to Representative Mario Diaz-Balart (R-FL, 202-225-4211), regarding the issue and the upcoming vote. You may read it by clicking here.