(JUNE 1, 2015 – HOMESTEAD, FL) Three horses were seized by Miami-Dade Agricultural Patrol and turned over to South Florida Society for the Prevention of Cruelty to Animals (SFSPCA) on Wednesday, May 27, 2015. The owner, Alex Paez, was charged with animal cruelty and given a promise to appear (PTA). According to SFSPCA director of ranch operations, Laurie Waggoner, this is Paez’s second offense. He was previously charged with animal cruelty approximately four years ago but were granted a pre-trial diversion (PTD), noted Waggoner. 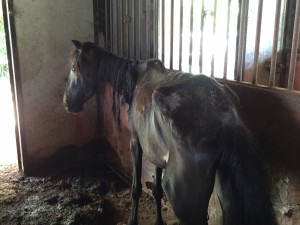 Waggoner and officers from Miami-Dade Agricultural Patrol found two of the horses in horribly emaciated condition, scoring a “1” on the Henneke Body Condition Scale, the lowest score possible. All three had overgrown hooves indicating they hadn’t been trimmed in at least a year, possibly a year and a half according to SFSPCA’s farrier, Scott Schrofronick. One mare’s hooves were so long she could barely walk, tripping and falling as she was being loaded on the SFSPCA’s horse trailer.

When questioned about the horses, Paez-Cowan said they were “a little thin and just needed to be dewormed,” and their hooves were “not that bad.” 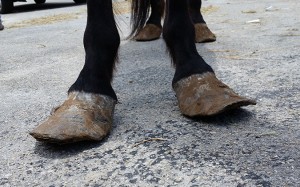 Said Waggoner, “The stalls were filthy and looked like they hadn’t been cleaned in a very long time.”

John Garcia, a volunteer assisting Waggoner, observed of the Paez ranch premises, “There was trash and dangerous debris everywhere, all over the ground, making it almost impossible to find a place to walk without stepping on something. Flammable items were at the facility, along with old boats and trailers, outboard engines, buckets of paint, fiberglass material, cutting objects, garbage… There was absolutely no place to turn out the horses.”

Garcia also noted, “the condition of the stalls was deplorable, with grain feeders on the ground with feces in them, a metal divider wall with a massive end-to-end hole. Worse yet was the stall of the bay mare. They improvised a stall wall by laying a door on its side to act as a wall. The door was loose and not secured to a wall or frame. It was just lying against old air-conditioning units, fans, strings of power gun nails and other pointy objects.”

But it was the condition of the horses that caused the most concern. Once at the SFSPCA’s ranch, the three horses received immediate care from veterinarian Dr. Zachary Franklin of Templeton & Franklin Veterinary Associates, and from farrier Scott Schrofronick.

Photos posted publicly on Facebook and Instagram by Paez-Cowan of her and her husband with their grey mare in 2014 show the horse once apparently enjoyed good health (below). Photos © Elite Body Imaging. 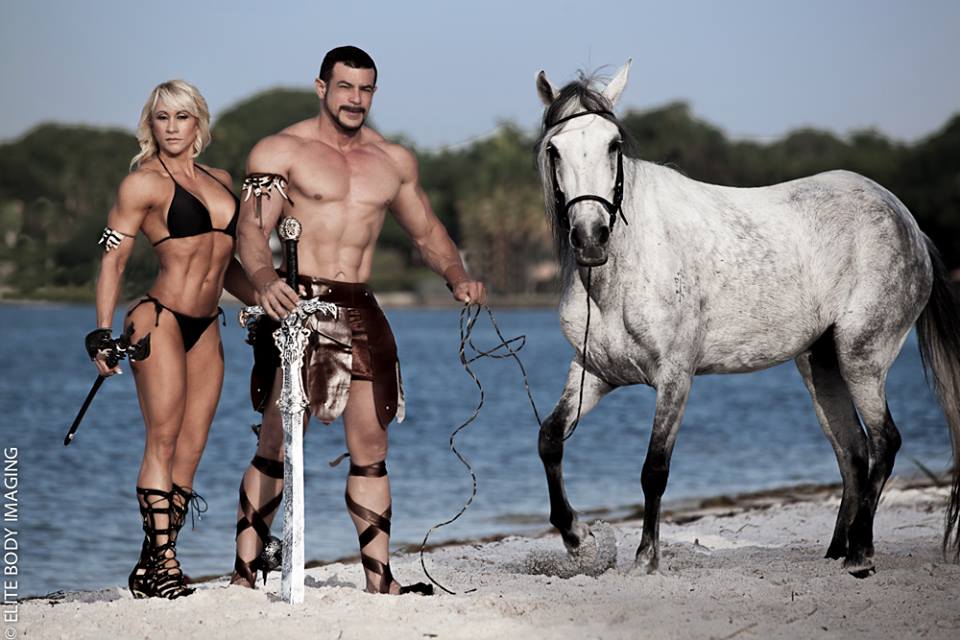 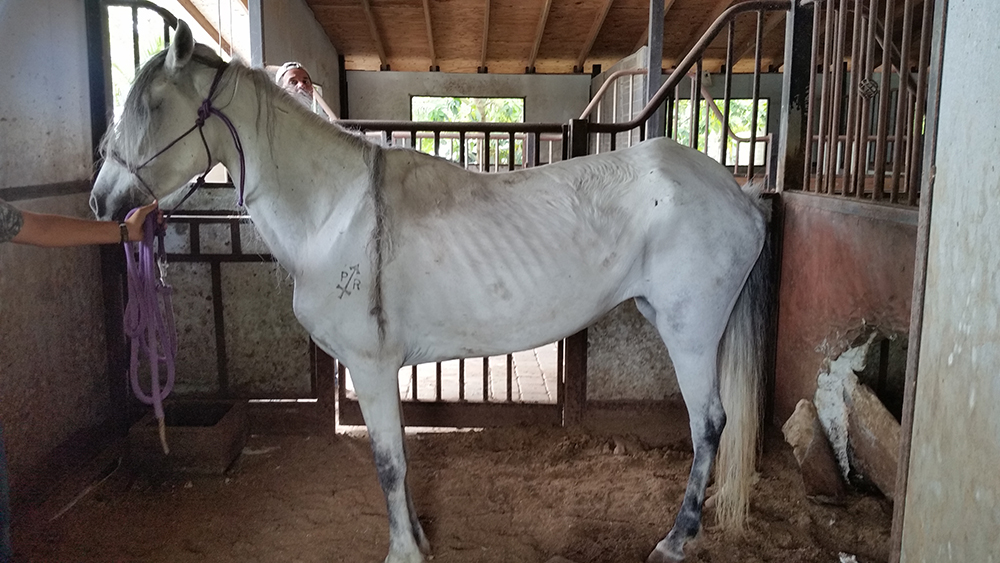 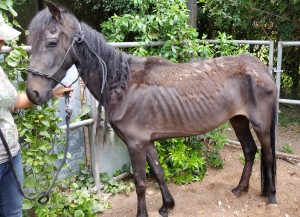 At left are photos of the other two horses seized by Miami-Dade Agricultural Patrol and South Florida SPCA.

“Seeing these horses every day at the barn is heartbreaking,” said Julie Shelton, SFSPCA board member, who accompanied Waggoner to the Paez ranch. “They are just traumatized.” 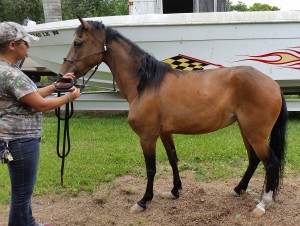 SFSPCA is currently caring for 65 rescued horses at its ranch in Homestead.